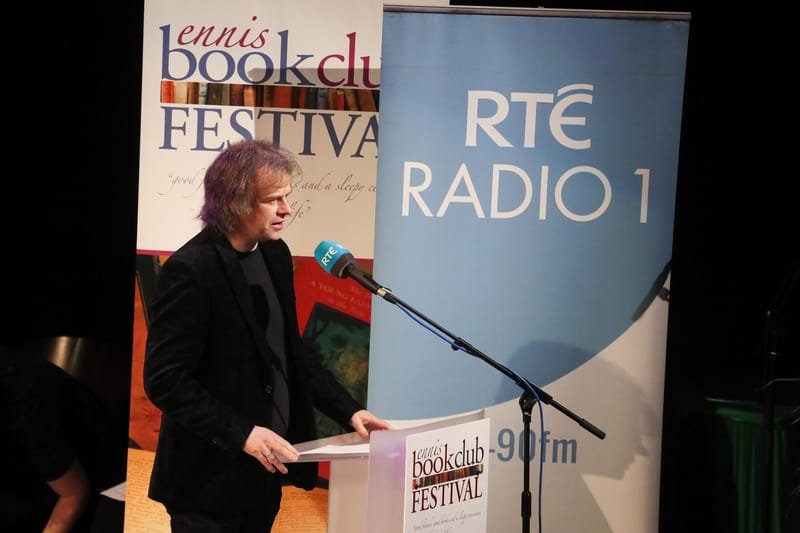 Noel Harrington's work has been published in The Stinging Fly, The Honest Ulsterman and Southword and broadcast on Sunday Miscellany.

Noel Harrington is from Tuamgraney, Co Clare. As an undergraduate, he won Maynooth University’s top literary award, the Barbara Hayley Prize. Since then he has had poetry and fiction published in many of Ireland’s leading literary journals, including The Stinging Fly, Southword, The Stony Thursday Book, Revival, Crannóg, Boyne Berries and The Honest Ulsterman. In 2007 Revival Press published ‘Trio’ – a chapbook featuring the three most promising poets from the Revival readings in Limerick. A noted reader of his work, he has been a featured performer at a number of festivals and events in Ireland, including Limerick’s Cuisle and Galway’s Cuirt International Festivals of Literature. He was chosen by Limerick City Arts Office to represent Limerick in a poetry exchange with Slovenia’s Mladé Rime Festival, travelling to read in Ljubljana in 2011. In 2013 he won the annual Over the Edge Fiction Slam in Galway, reading extracts from his then unfinished novel. He also placed 3rd in the 2008 Flosca Short Story Competition, run by NUIG’s Creative Writing Dept and was long-listed for the Fish International Short Story award in 2005. In 2020 he featured a number of times on RTÉ’s Sunday Miscellany programme, including reading at their live event at the Ennis Book Club Festival. He is currently editing his second novel, Tillamook Fall.

Links to poems, stories and readings

The Old Man & The Aviary

Readings Above The River (Extract from the novel 'Tillamook Fall') https://youtu.be/2toJ7MuuPXA?t=115

'Extracts from Chapters 13 and 22 from the novel A Dream Worth Slowly Chasing.pdf' which won the 2013 Over The Edge National Fiction Slam.

Moloch: 'this gentle weight, this Isabel' - Isabel - on Moloch.ie.png

“The highlights of the Cuirt Festival 2009 were Carol-Ann Duffy, and Noel Harrington’s powerful poetry performance” – Mike Scott, The Waterboys.