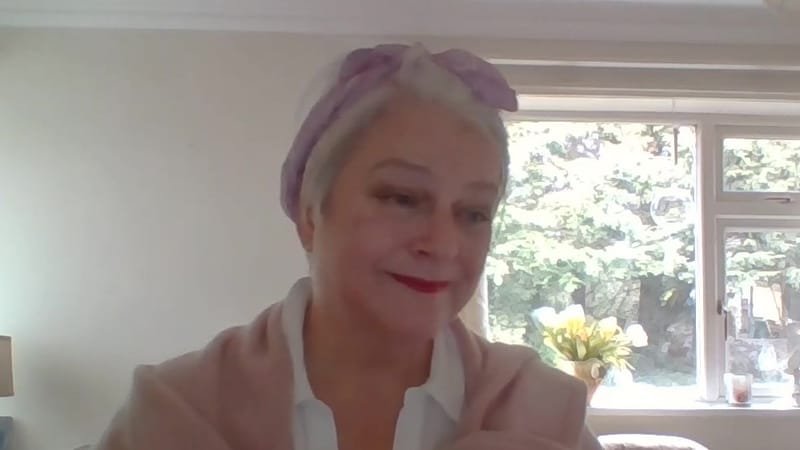 Patricia McKeon is a writer of short fiction from Ennis, Co Clare.

Trisha McKeon has had short stories placed in two anthologies, ‘What’s Your Pride Story’ and ‘Write to Work’, which were published by Writing on the Wall (WoW), a community writing, and literature organisation based in Liverpool. Trisha was also shortlisted in the Pulp Idol competition, which is an initiative by WoW to encourage emerging writers.

While living in Liverpool Trisha belonged to an LGBTQ+ writing group which self-published a book of short stories and poetry, titled ‘Made Up’.

Trisha was proud to lend an Irish voice to the soundtrack of the City of Light Festival in Liverpool. She delivered a spoken word piece, which she had written for the festival, exploring the history of Irish emigrants in Liverpool.

Before Trisha retired in 2007 and swapped report writing for fiction writing, she had spent many years working with vulnerable children and young adults. The qualities of empathy and compassion needed for that work have not left her and are at the heart of the stories she writes.

Trisha has lived in more places than she can count, both in Ireland and further afield, and can attest to the fact that rolling stones do, in fact, gather moss. That moss is her inspiration. It’s the people she has met and experiences she’s had from Galway to Kathmandu.

In 2019, after forty years away, she moved back to her native Ennis, County Clare.

Trisha has two adult children and has a most important title, Nana Trish, which was bestowed on her by her grandchildren, Kai and Harriet.